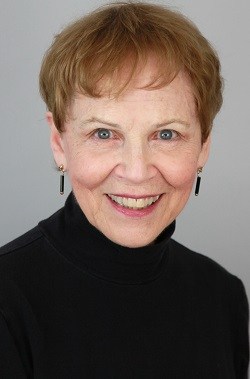 In addition to Walking Through Illusion (published by O-Books, an imprint of John Hunt Publishing Ltd), Betsy Otter Thompson is the author of The Mirror Theory (published by Hampton Roads Publishing) and 4 self-published books through her own company, Ascension Publishing. Betsy’s books are now available on Amazon.

Betsy’s work has always gravitated toward the media. A native Philadelphian with a B.F.A. from the University of Pennsylvania, Betsy worked as an account executive for WFIL radio in Philadelphia, and from there went to radio stations WPEN and WFLN. After that, she became a commercial print model and acted in television commercials in New York and Philadelphia. For seventeen years, she worked in Los Angeles at the motion picture and television company Castle Rock Entertainment as the Assistant to the Chairman and CEO. In August ’99, she followed her boss to Warner Bros. as he took a new position there as President and COO, and became his Executive Assistant. She is now writing full time. Betsy’s writing began unexpectedly while going through an especially difficult time in her life. She believes that her books were the answer to her prayers.

What Happens if I…